Zurich Cantonal Bank (ZKB) is the largest regional bank in Switzerland. Being a regionally based bank they are not privatized and listed on any stock exchange unlike many other major players of their size. Based in the greater Zurich area ZKB were originally founded in 1870. ZKB have a rich heritage of providing high quality banking to its customers and pride themselves on providing a complete turnkey set of financial services.

With more than 4800 employees and over 100 office and branch locations, ZKB not only have a presence in Zurich but also have locations based internationally.

To ensure the safety of its customers, staff and assets, ZKB were faced with a number of important challenges in the selection of a reliable and suitable security system, including:

PACOM was among a number of systems evaluated by ZKB to secure their valuable assets. However, after careful consideration ZKB were confident that PACOM Systems were best positioned to meet their demanding needs. Their decision focused on PACOM’s expertise in transmitting remote alarms to a central location for monitoring, while still providing suitable backup communications options in case of an emergency. PACOM also provided the ability for ZKB to monitor their own security system 24×7.

PACOM’s communications over TCP/IP allowed ZKB to take full advantage of their existing network infrastructure providing the link between their central monitoring location and their 180 independent facilities. With the added possibility to use the standard phone network for backup communications the PACOM solution delivered its complete brief.

To complete the PACOM security solution, integration with the Bosch Divar video system ensured that ZKB were in a position not only to monitor access and intrusion alarms centrally, but could also combine this with the power of video surveillance, allowing them to verify alarms visually.

The PACOM solution represented an excellent investment for ZKB as the open architecture of the system provided the flexibility to add new functionality and expand as the banks needs and requirements grow. In addition, ZKB were able to reduce their reliance on leased lines, making a significant impact to a very positive ROI (Return On Investment) calculation.

Through the PACOM solution ZKB were also able to significantly reduce the number of false alarms within their security environment. By providing the flexibility for security staff to verify alarms in-house before engaging emergency services, ZKB have reduced their overall costs and increased their own security vigilance and efficiency.

Finally, the HR interface also provided a number of efficiencies by permitting the sharing of data between systems. ZKB staff were able to save both valuable time while enhancing the quality of their data.

Find out more about how we can help with banking security and ATM security. 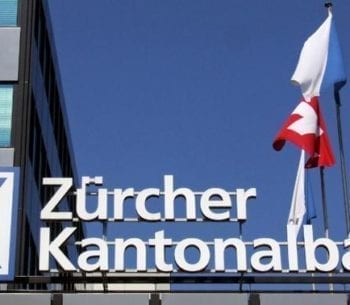