Our alarm system keypads provide a local alarm system user interface compatible with all PACOM controllers. You can manage up to eight individual alarm areas and use the alarm keypad to view the status of up to 32 alarm areas within a site. You can view entry keys, LEDs for alarm area status and a backlit LCD with adjustable contrast.

The PACOM 8101 series Alarm keypad features a classic design and intuitive button symbols for simple user operation. Equipped with a 2-line x 16 character liquid crystal display (LCD) and soft-touch buttons, the PACOM 8101 keypad can be used for local management of alarm areas. The PACOM 8101 series keypad communicates via RS485 to the PACOM controllers.  Any alarm area can be managed by the keypad and tri-colour LEDs can be assigned to indicate the status of each alarm area.

Both alarm system keypad models are compatible with PACOM 1057, 1058 and 8000 series controllers.

AVAILABLE IN THE FOLLOWING REGIONS:

If your region is not showing up please contact us for further details.

Need Assistance
Contact us for expert advice for your needs and budget. 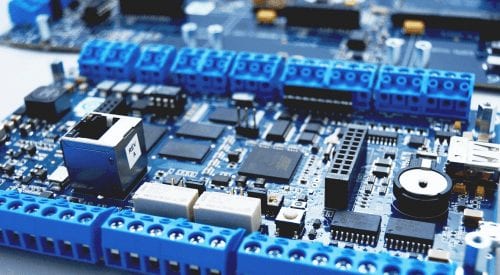 Getting to Know PACOM—Advantages for the Retail Market, Part II

Getting to Know PACOM—Advantages for the Retail Market, Part I