The subject bank is a subsidiary of a larger bank, and together the two entities have over $20 billion in assets and thousands of employee associates. Primary banking offices are located in seven Midwest and Southwest states.

Several years ago, members of the bank’s security team witnessed PACOM’s GMS multi-site security management platform in action at another major bank. They liked what they saw, but at the time, the GMS system was largely proprietary, and to truly work for the end-user, they wanted more of an open architecture.  PACOM listened to that feedback and moved toward a more open system architecture. 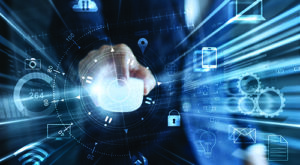 The bank has installed over 300 controller panels throughout their branch network. Each panel has the capacity to handle 256 alarm inputs, 64 outputs, 64 card readers (doors) and a maximum of 256,000 cardholders. The only system limitation is the storage capacity of the OS/hard drive, proving PACOM GMS is a true enterprise system.

“PACOM is really known for their extremely high level of security, and they’ve really met our expectations. They’re always coming to the table offering new opportunities for system integration.”

Director of Corporate Security and Safety

GMS is the perfect multi-site security management platform, providing integration between access control, intrusion, video, intercom and virtually any building management or security solution. Designed to manage thousands of locations simultaneously through a single interface, while providing industry-leading availability and redundancy. GMS meets end-user demands for a multi-site security system with multiple integrations, which can be managed through a single interface simultaneously for an unlimited number of locations.