STANLEY Security Sweden has deployed a cloud-based solution built around the PACOM Unison platform to offer Security-as-a-Service (SAAS) to their customers.

Smaller facilities and organisations where customers have limited IT or security resources can benefit greatly from STANLEY Security Sweden’s cloud-based service. Lack of time and lack of knowledge are two important factors that can lead to vulnerabilities in safety and security. STANLEY’s cloud-based service offers customers an opportunity to mitigate these risks.

“With STANLEY Security Sweden’s cloud service this problem never occurs. The idea of ​​the solution is that customers get access to service and operation of their system in a safe IT environment built by virtual servers that receive the required maintenance. Smaller facilities can thus utilize many of the benefits that come with PACOM Unison, without having to invest in hardware or training of operations staff.

“PACOM Unison has truly enabled the realization of Security-as-a-Service and there are many opportunities to build and develop the service further,” continues Magnus. 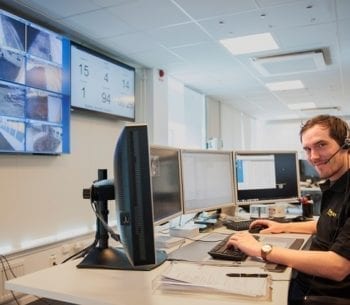